Gulmarg – Out with a Bang!

We have finally left the mountain oasis of Gulmarg and the time has come to wrap up the photos and stories from our time there. First, I feel the need to shout out to the different groups of people who made our visit to Kashmir so damn enjoyable. When we arrived in Srinagar with no plan and no place to stay, we met Austrian Simon and Luxembourgian Jean-Claude, who introduced us to their friends Wolfgang (Wolfie), Sonia, Claudia, the token Aussie, John and eventually Melissa. The interesting part about this was that we had already contacted Wolfie through a mutual acquaintance (thanks Emily!) and were planning to meet up – we just had no idea it would be this serendipitous or convenient! We stayed our first week at Green Heights hotel with them and explored the mountain waiting for Phase II to open.

Our first week concluded with my dramatic illness and a residence move to Khaleel Palace – for both a change of pace and to spend some time with another group of friends introduced to us by our pals that came last year – Chelsea and Wes (Wez). This group could be referred to as the Australians (Will P-T., Justin, Alex and Andy with own crew – see photos in previous post) but also included their token Tazzie Joe from that little island down under the big island down under. This offered a whole new perspective for us as they were kind enough to let us tag along with their guide to explore new areas of the Affarwat range and sort out the logistics of taxis and tickets. Thanks, Boss! We spent the rest of our time in Gulmarg at Khaleel being waiting on by the amazing staff and having Andy prepare some of the tastiest (mutton) burgers we’ve had. Thanks Andy! 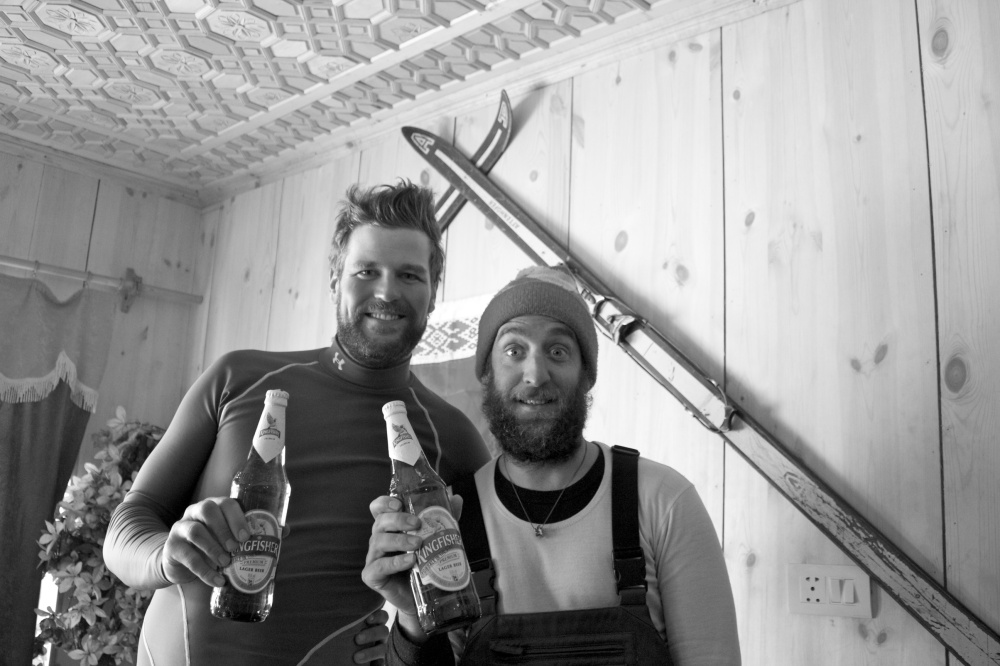 The final and most important shout out is to the people of Gulmarg, and especially our friends at Khaleel Palace. We would’ve been hungry many evenings if it wasn’t for the attentiveness of Tarek, Mama-shir, (known to all as “Mama”) and of course, our main man Ajaz. Our guide through Ski Himalaya and the Aussies was Shabir, who led us through pow to crust, sun to fog, and Baba Reshi to Drang with a smile on his face. Omar was also heavy hitter on the Gulmarg scene and while we never skied with him he was a great “fixer” and tons of fun to hang out with. Lastly, all of the drivers, sledge-pullers, lift shovellers, ski patrol, army patrols and hotel staff will all manage a smile and wave – no matter the load they’re carrying or work they’re doing (for a pittance). Cheers all, you made Kashmir unforgettable!

The man… the legend… Ajaz!

Now, onto our last week in Gulmarg. Andy organized a skating night at the open-air rink. The rink is huge and as one would suspect, not up to our stringent Canadian hockey rink standards. But as any good Canuck would, we took to the ice and before long the sticks, pucks and beers were out and we were in the middle an intercontinental hockey game – Commonweath Nations versus the Ruskies. Things escalated quickly and after the first puck in the shins I stopped hanging our near the net and the pain was dulled by the afterparty back in Green Heights.

With only days left another storm rolled in and dumped a load of snow on Affarwat, making for more epic Baba Reshi laps and eager anticipation of a Phase II opening. By our last day the weather had cleared and it was looking green for memorable final day of our Gulmarg adventure. Unfortunately, we had no idea just exciting it would really be… After arriving at the bottom of Phase II and waiting the arbitrary two hours for avalanche control, we piled into a gondola car and raced to the top. As powder-day rules apply whenever Phase II opens, everyone dispersed to find their own fresh lines. Caroline and I used our skis as our advantage and traversed high across Gondola Bowl to Army Ridge where only one or two people had managed to shred lines already. We made a few turns down the wind-affected ridge, past some avalanche-bomb craters and then tucked into a protected pocket of soft, untracked snow. I ski-cut across the top of the chute first and waited on the far side above some rocks. As Caroline came across behind and slightly above my tracks the whole mountain seemed to dissolve underneath us as a 1-1.5m deep slab released out of the pocket and we fell through the crumbling snow down to the icy December bed surface. Caroline managed to step up out of the slab enough to avoid slipping down with the snow and I managed to punch down through the slab and edge hard into the buried hoar and icy rocks enough to arrest myself. We watched as tons of snow ripped down through the narrow throat of rocks and accelerate out of sight into Gondola Bowl. After a quick round of reassurances and prayers to Shiva – the God of Destruction (among other things), we made our way down the slide path and realized that as the slide moved below the rocks it transferred laterally 50m in either direction and released an even larger amount of snow. I performed a quick beacon search down the 400m slide path and Caroline looked for any clues that someone might have been caught in our slide, but with a massive lightening of relief we made it to the toe of the slide without any terrifying signs. Still, the slide occurred inbounds after avalanche control had been done, so there was a distinct possibility that someone could have been buried without a beacon. We raced down to the patrol hut and reported the incident and were immediately escorted back up to the top to describe the incident and help with the imminent probe search. Brian, Luke and the Kasmiri Ski Patrol were quick to respond and after a few minor language-related issues setting up the probe line, we had searched the main snow deposit without finding any signs. By the time we made it back to Koongdori (phase II base) and there weren’t any reports of people missing, we all breathed a collective sigh of relief. Brian, the head patroller in Gulmarg covered the incident on www.gulmargsnowsafety.com. 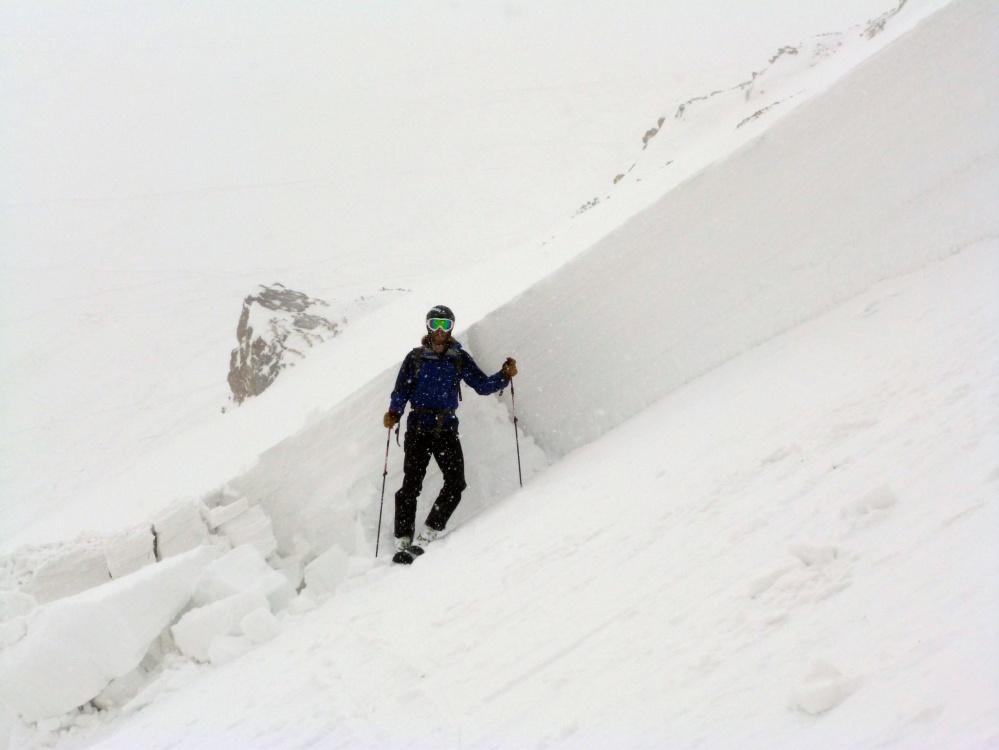 Holy cow! All praise be to Shiva for not destroying us with this one.

After the chaos of the afternoon, we had to return to Khaleel and hastily pack our gear, say our goodbyes and race to catch a taxi down to Srinagar. Mr. Andy connected us with an amazing houseboat on Dal Lake and as we sat down for a late but tasty dinner and beer, we both finally started to acknowledge the events of the day. And then the week. And then the month. And then the upcoming months. India is exotic, beautiful, and one hell of a ride. 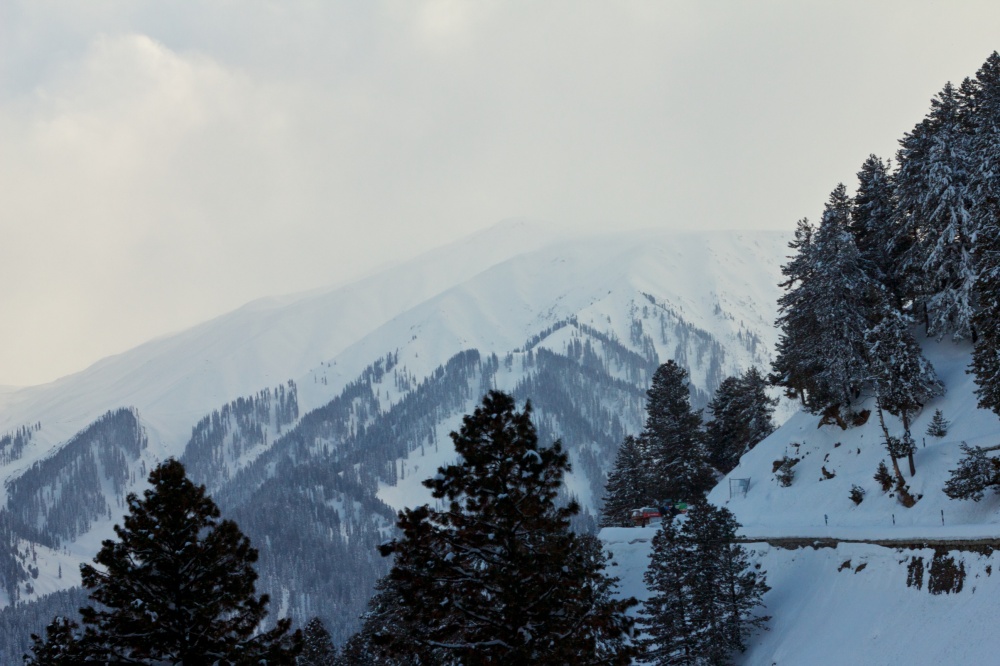 The stairway to heaven is not always easy 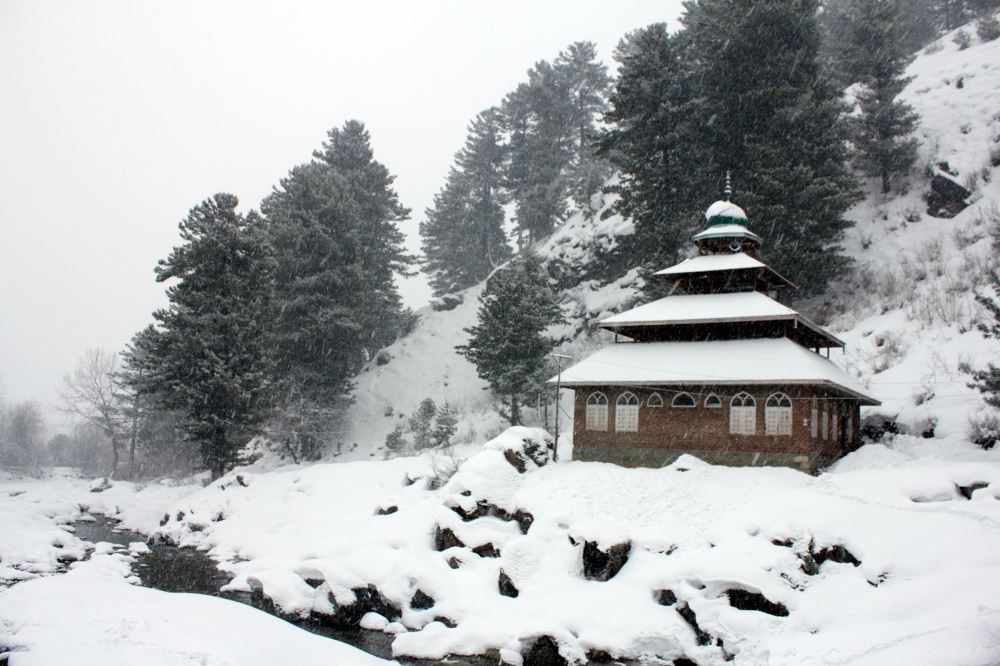 The long and pleasant walk out of the Drang Valley 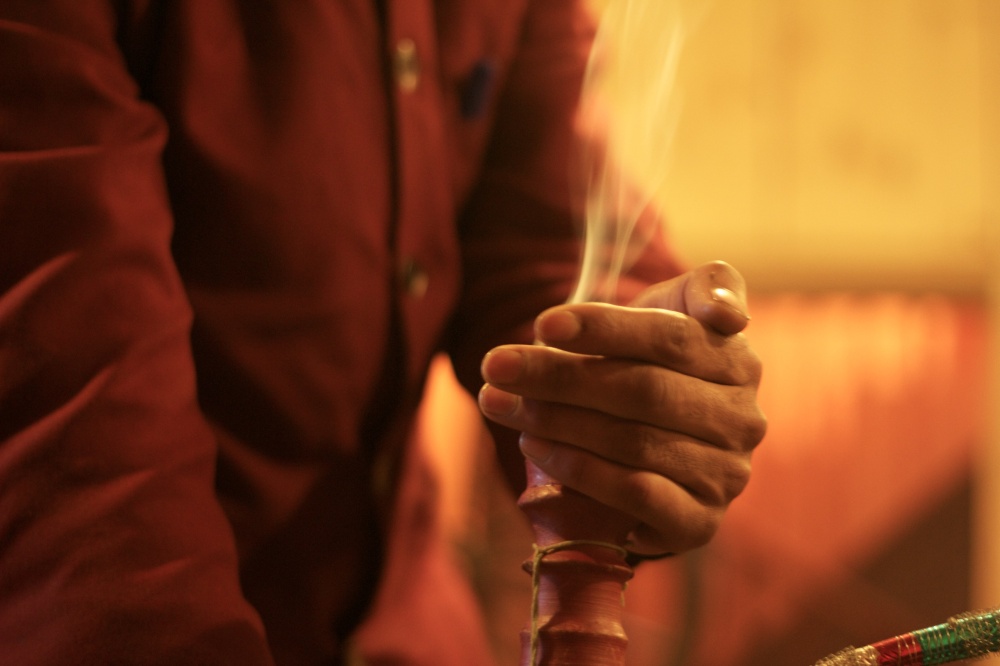 Baba Reshi Monkey tree – can you count all the monkies?

Caroline, dipping into some Himalayan pow 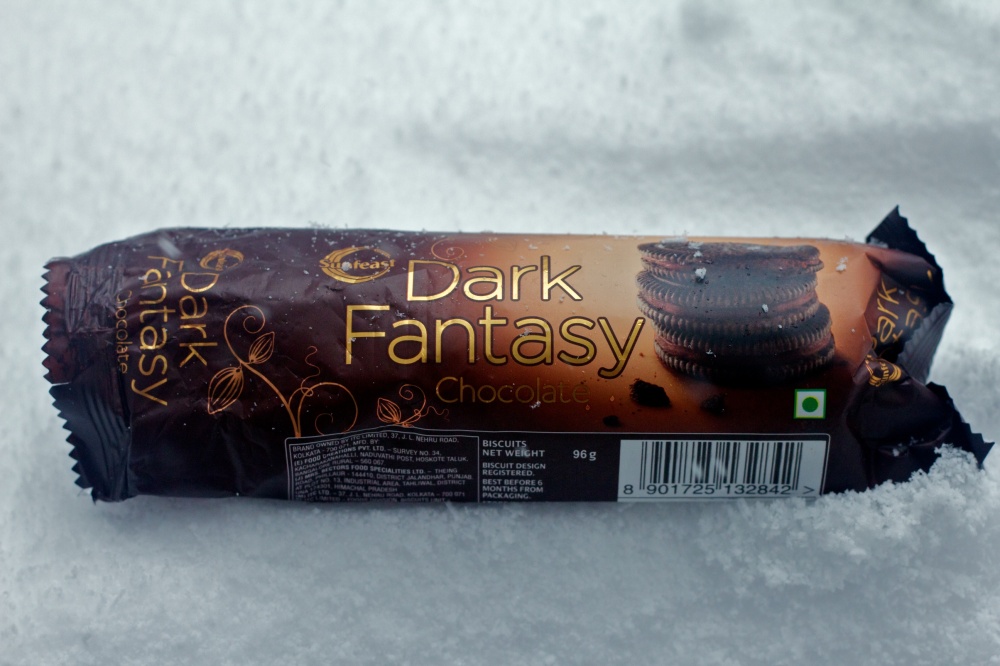 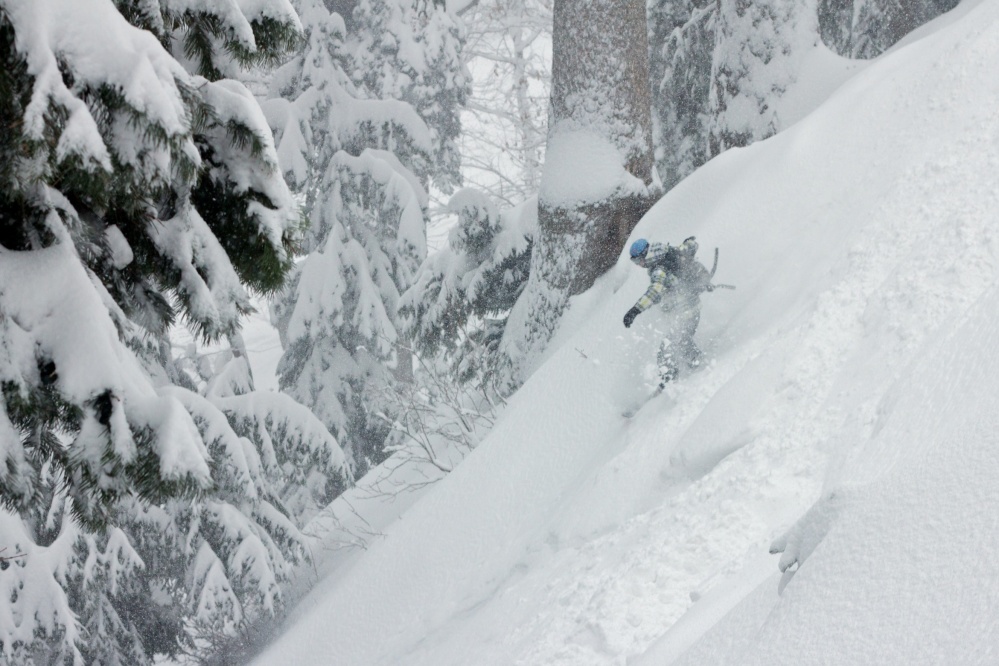 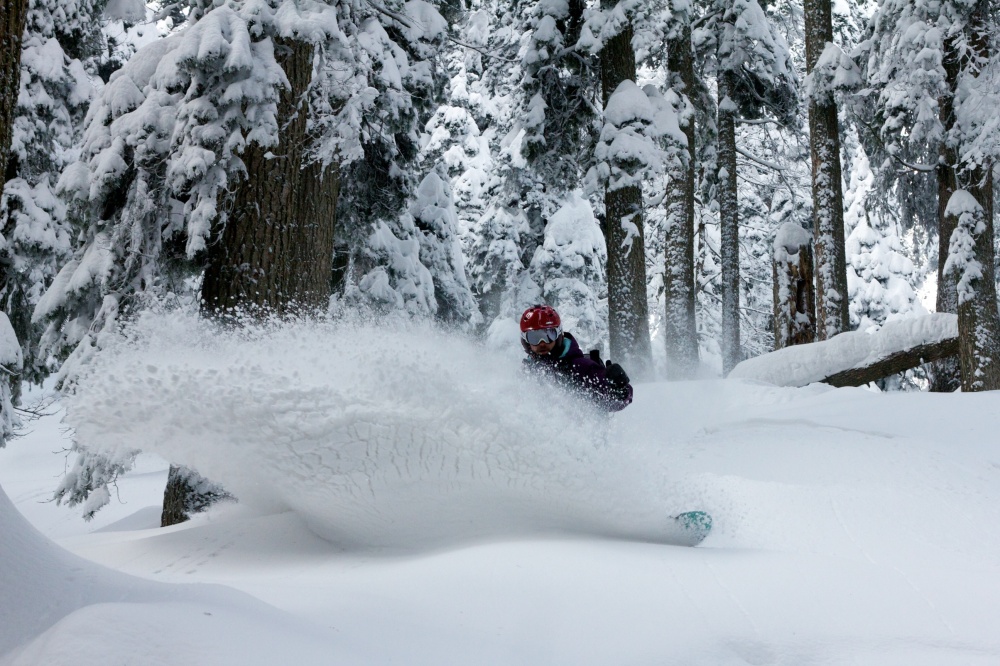 Deep in the slash 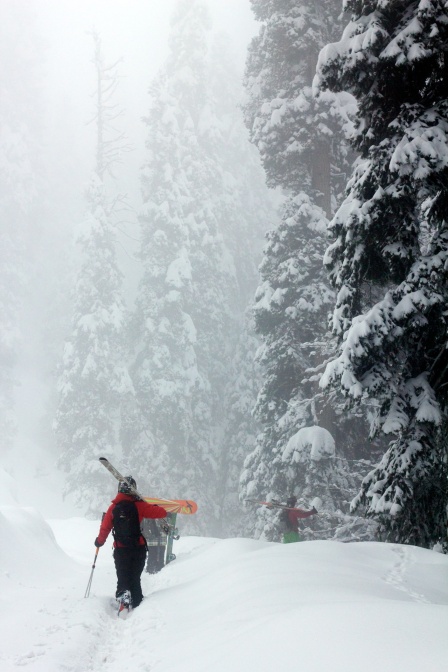 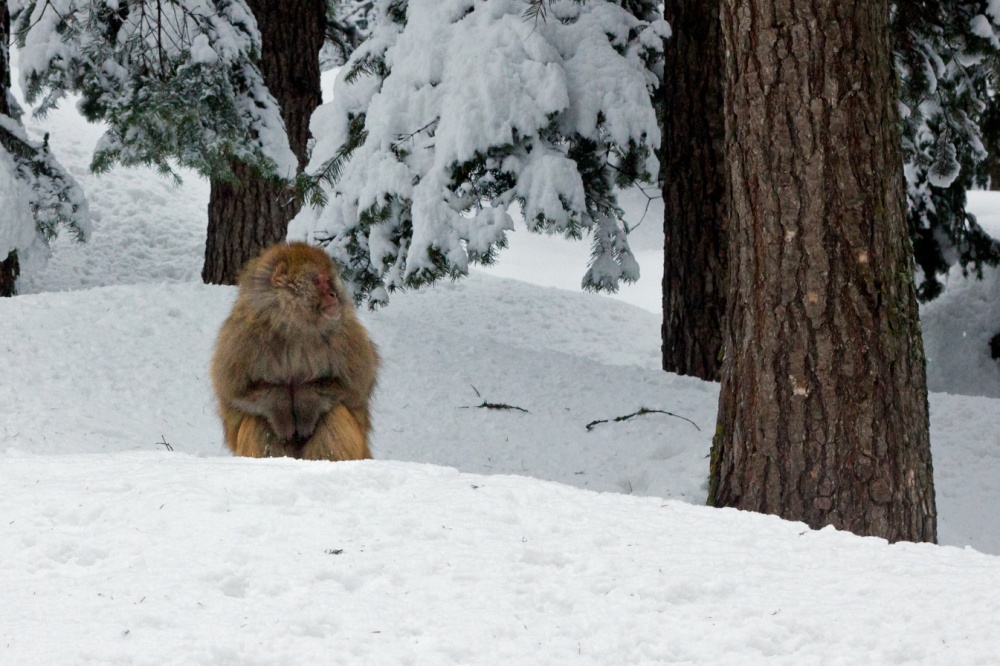 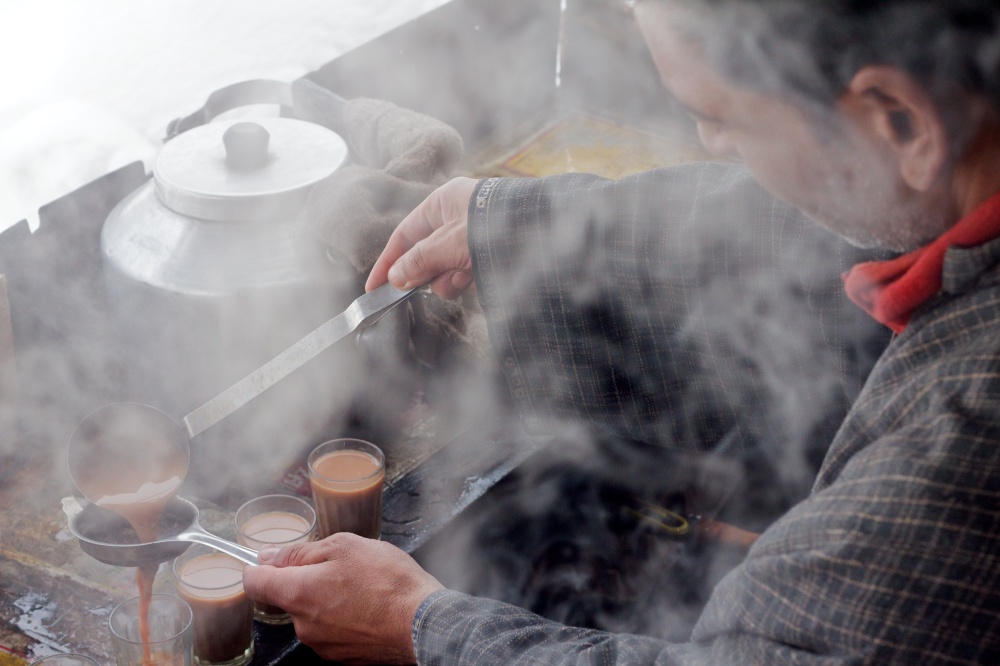 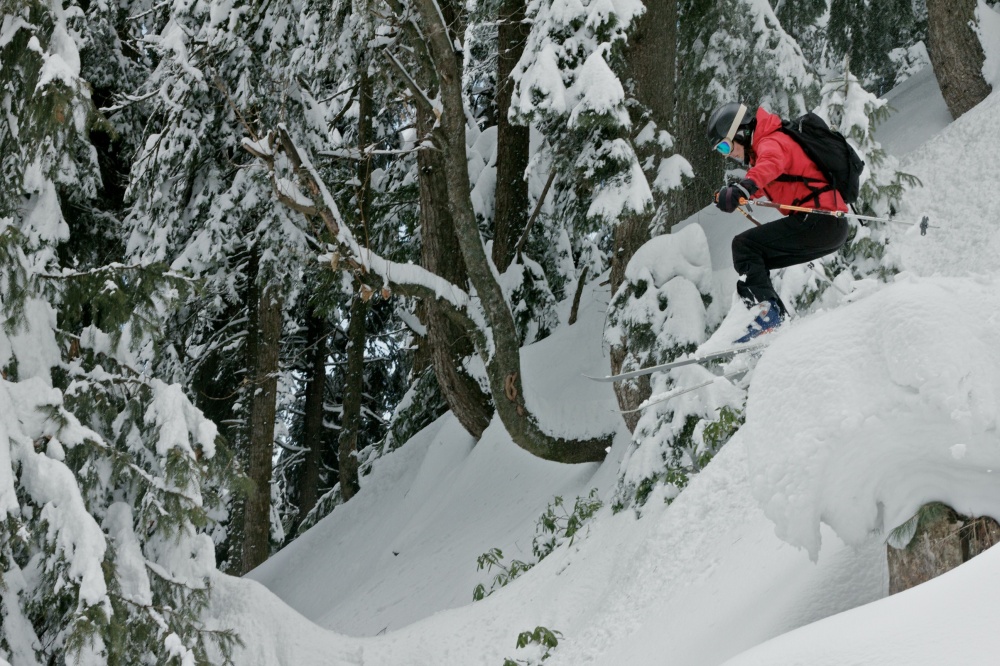 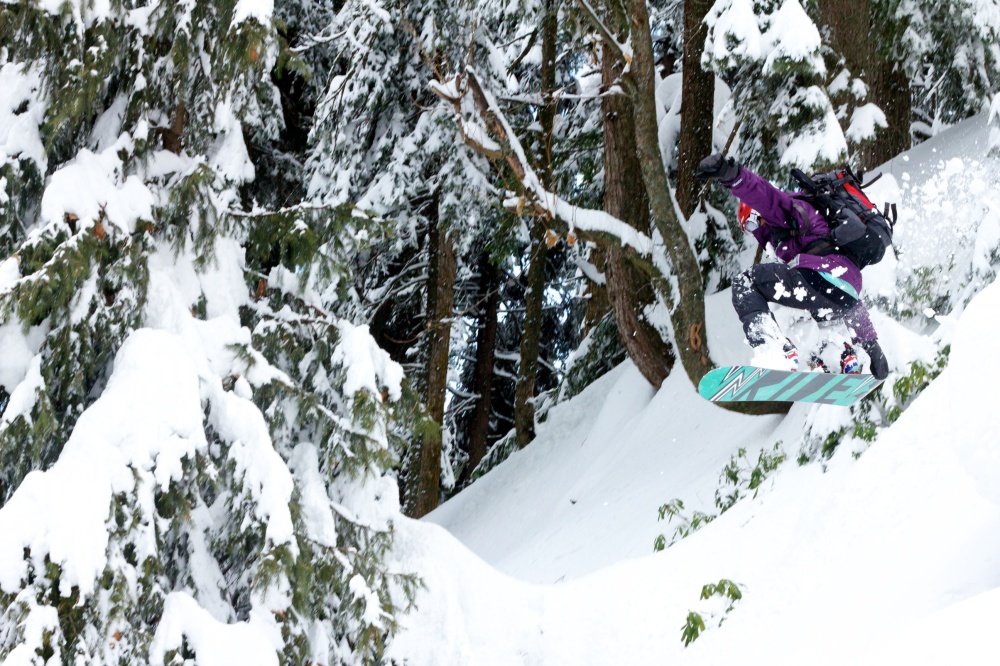 Will getting into it as well 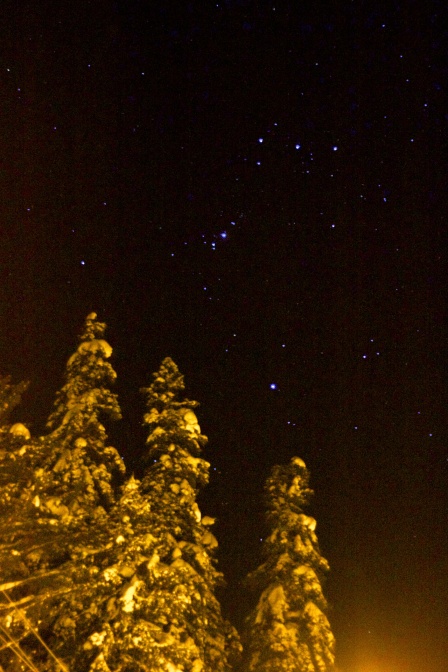 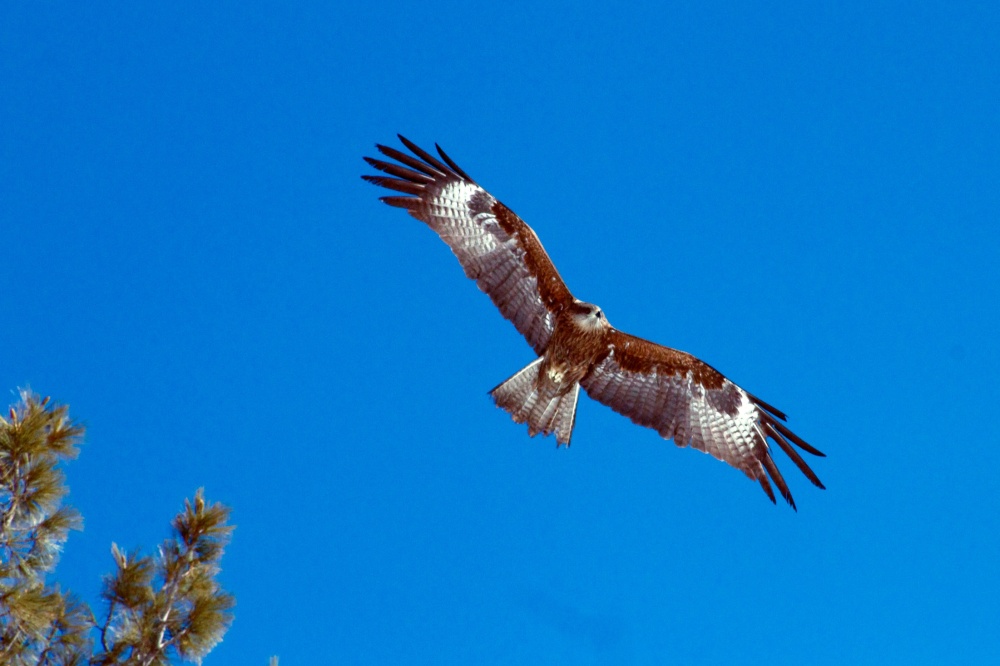 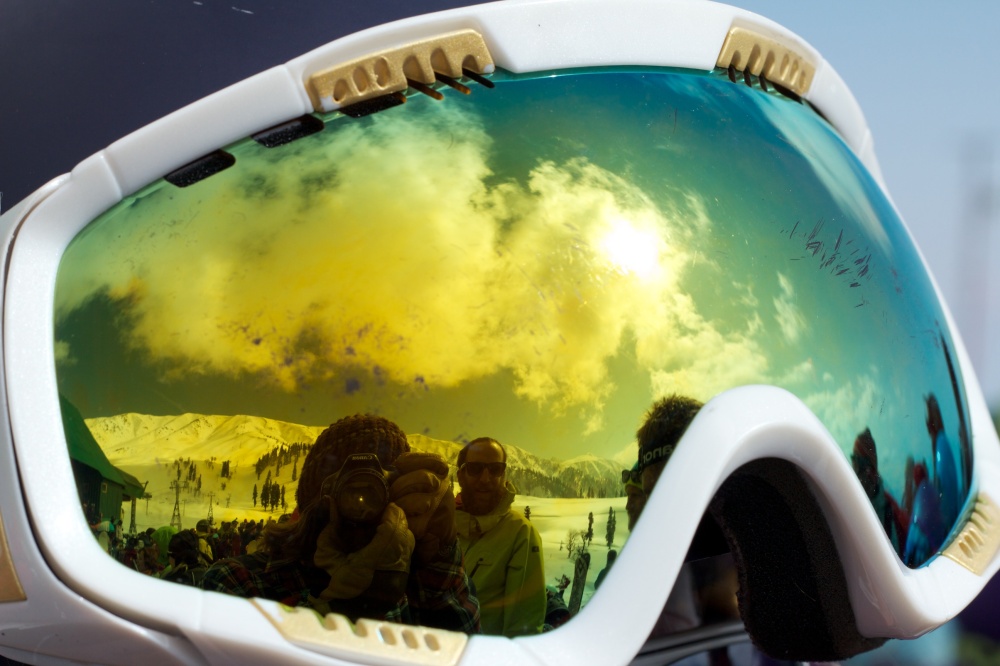 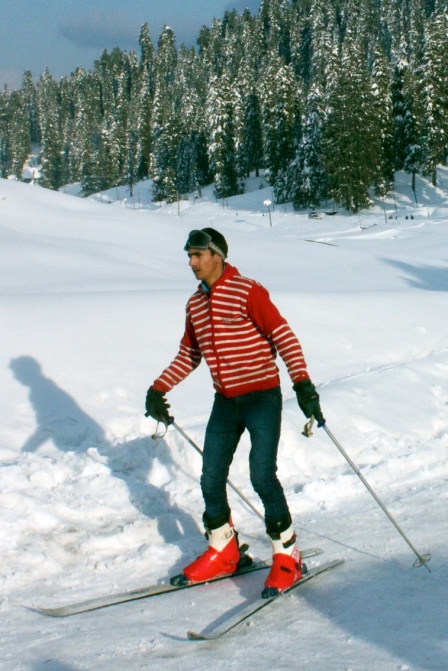 Classic Kashmiri ski wear… but where are the stripes on the tops of his sleeves?

Dude was stoked. On life. And he’s patrol. 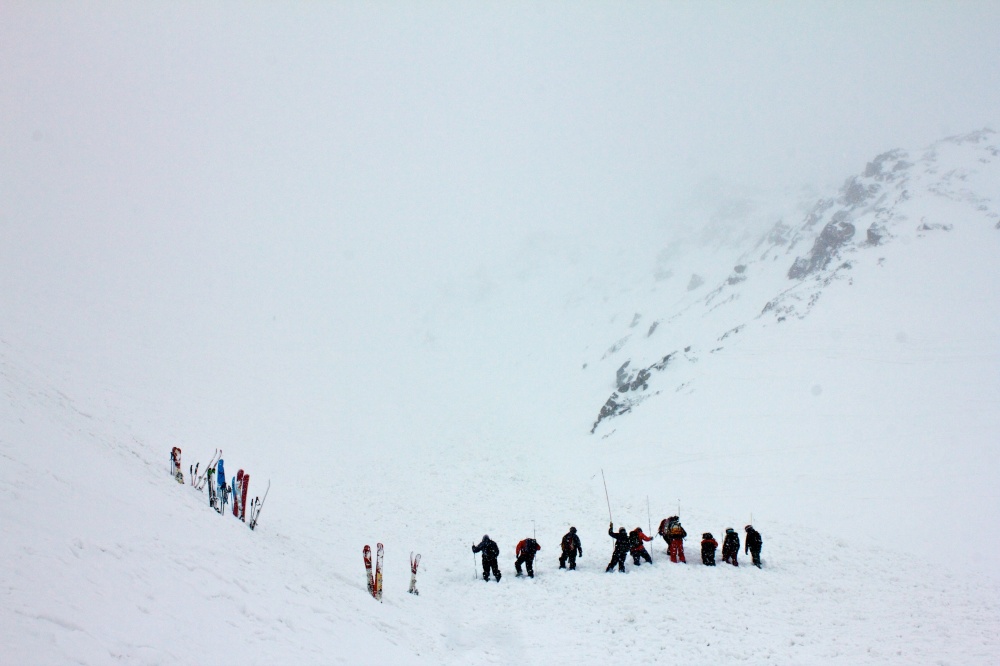 Mt. Affarwat – deep in the Pir Panjal range. So many line to ski, we’ll be back.