A week after the Pineapple Express soaked the west coast the skies finally parted, drying and stabilizing the snow and allowing us access to an epic mountains of pow shredding. As the first wave of four, Adam, Rory, Clara and I climbed up to the lake and set up camp. Our confidence took a serious hit when we came across a splitboarder recounting the story of how he triggered a slide and rode it 300m before being buried up to his armpits and managing to dig himself out by the time his friend arrived. Spooked by the news, we pushed hard, but the liters of booze and fresh veg made sure that we could only manage two short North-aspect runs before dark. 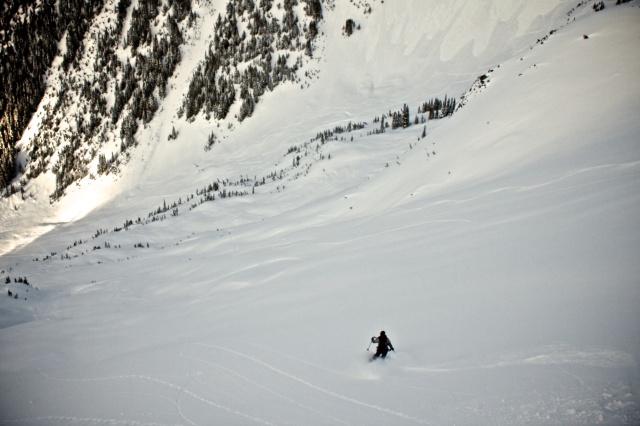 Mr. Pop & Fresh gets into it while Clara watches on

Mr. Pop gets fresh with a tree

The next two waves of shredders came up late on Friday night to join our pow party. The swelling group split up to maximize pow slaying options and resulted in many spectacular photo ops. With beautiful blues skis and a vast network of protected and deep North-facing runs, we were in heaven! Even with upwards of 20 people working the basin, fresh tracks were had by all and both our ambition and confidence in the snowpack grew.

Ain’t nothin’ but an H thang 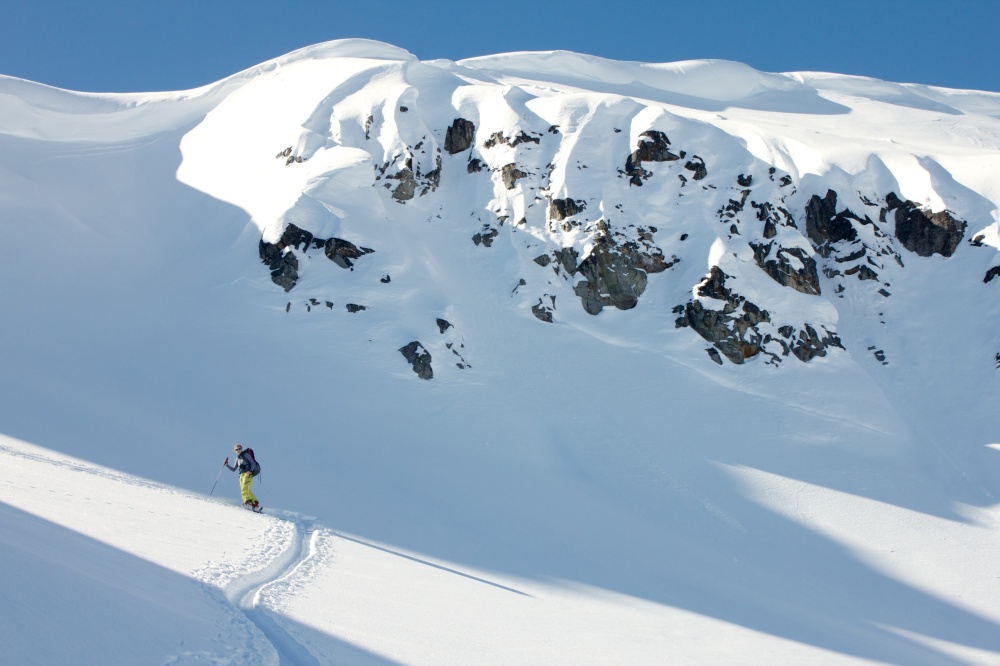 Zanny at the ridge 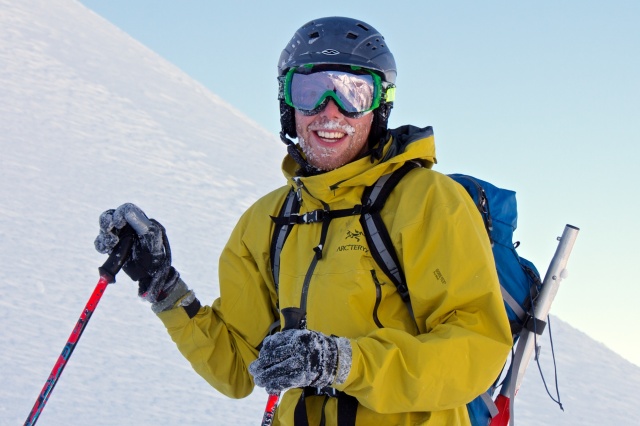 We skiied three 600-700m long runs, down rowdy, steep faces, tight chutes and open powder fields. An awesome day from start to finish, but Mr. Pop & Fresh still chose to leave us for the promise of burgers and booze (we drank all of ours the first night) back down in Pemberton. 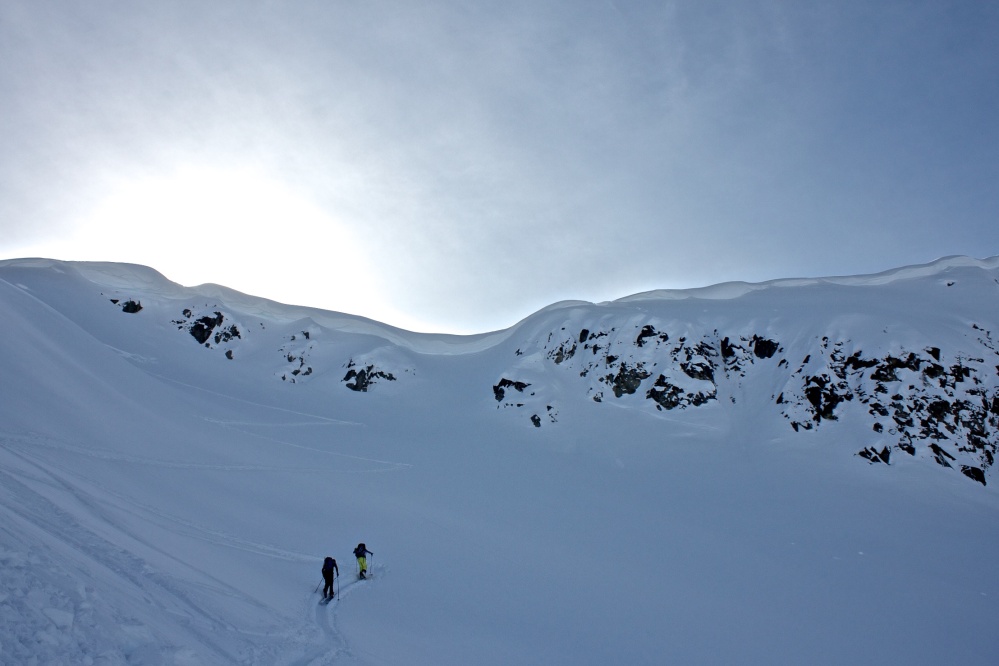 Bayden and Zanny approach the ridge 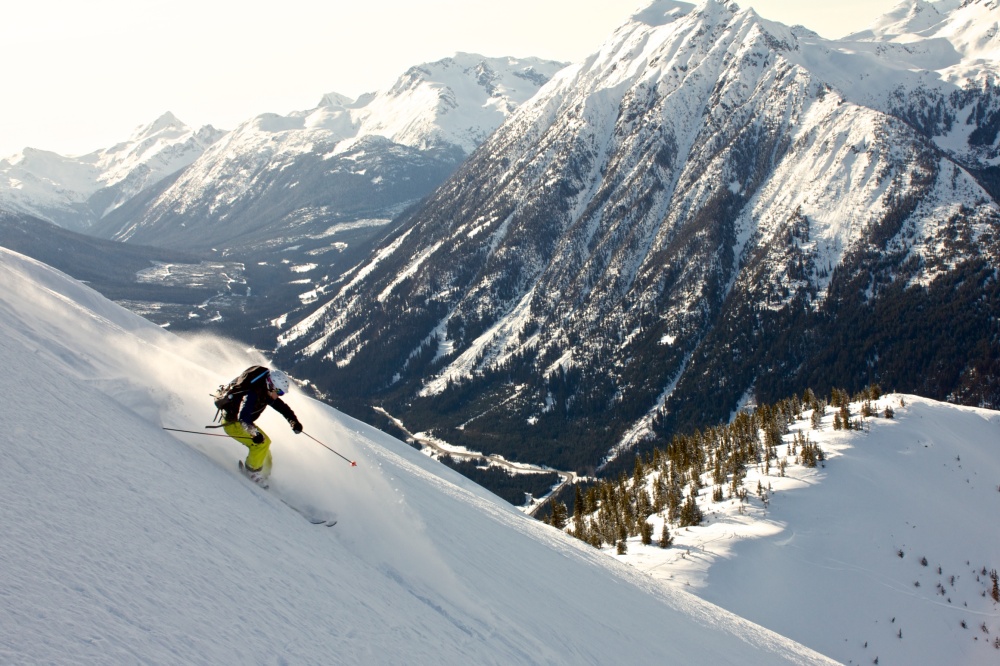 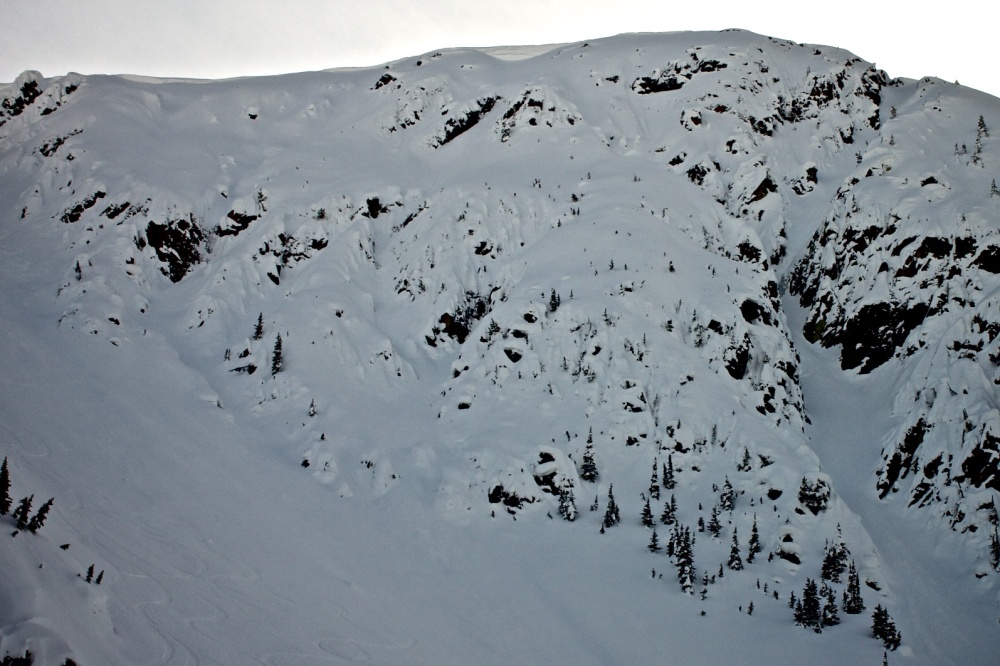 The Blank Slate – we skied this gnarly line

Zanny charges into the megachute 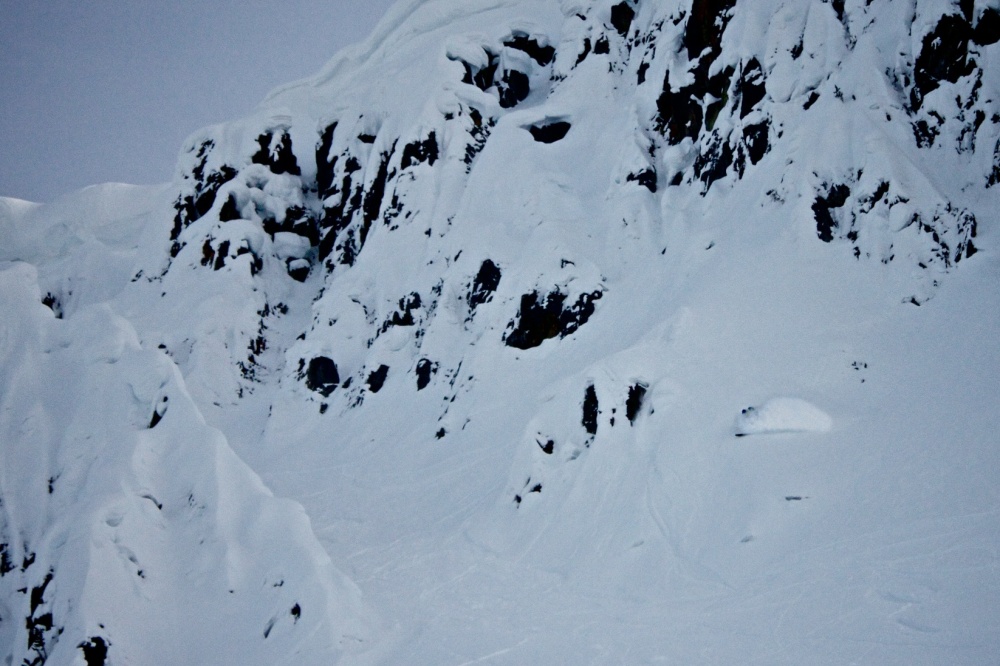 Bayden slides in the whiteroom 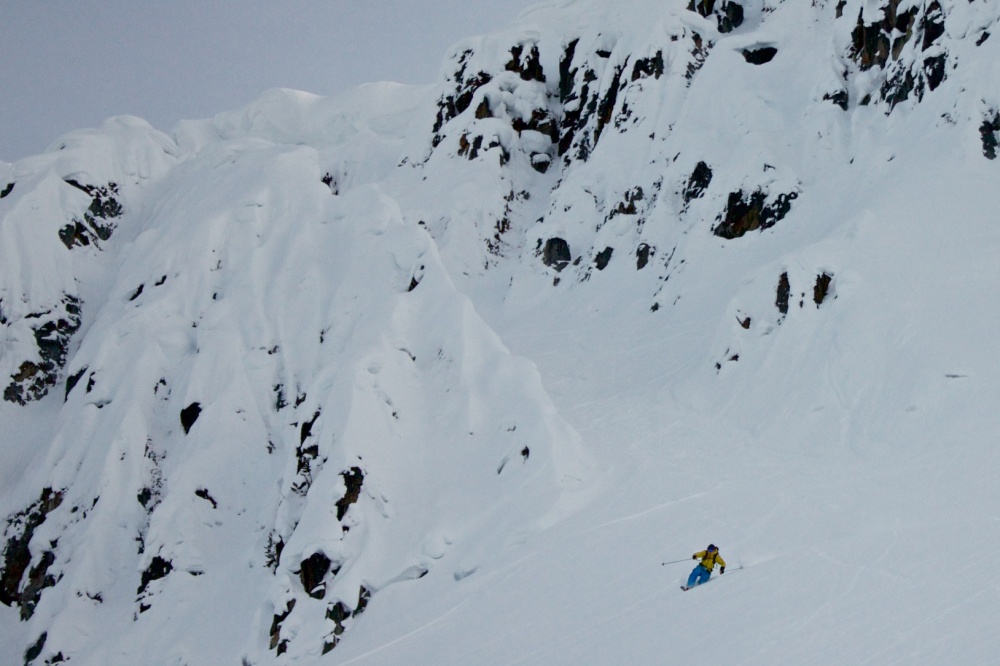 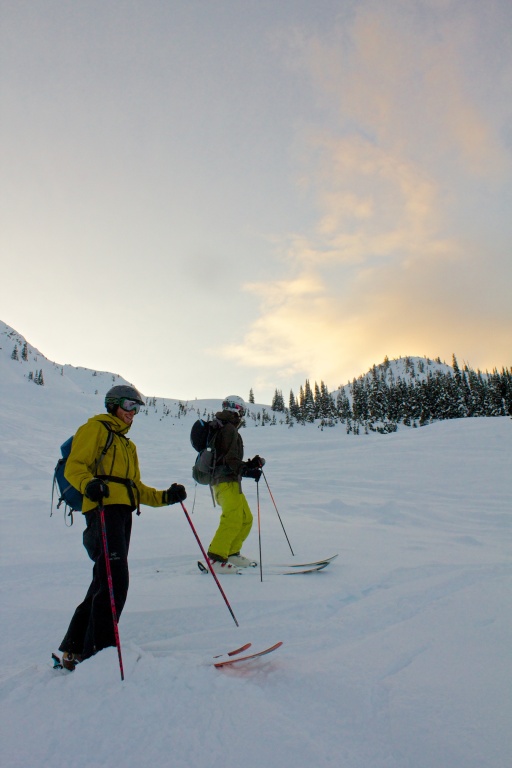 My only regret from the trip was forgetting my camera in camp for the Sunday shred mission. We scouted a selection of more consequential and EXTREME lines the day before, and the early morning addition of Heavyside to our crew resulted in a substantial stepping up of our respective games. In hindisght, the chest-mounted camera-case I use would have gotten in the way when I was cliffed out on a spine and had to boot pack 10m upslope. Even with my dramatic and exposed lack of flow, the line was still one of the gnarliest, exposed and fun lines I’ve ever skiied (see photo above – The Blank Slate). Our next run was almost as awesome, starting with a steep summit push and ending with a snug little chute bending down to the lake. Bayden and others were shooting pics, so I’ll post links and videos when they’re available!

Also, you can check out the posts of Part 1 and Part 2 from the archives…

Glorious! And with more snow in the forecast and plans to meet up with an RV full of frothing Norwegians, winter has only just begun!