Ever since the end of high school summer has been a hectic time of year, especially in my line of work where it is referred to as the “field season”. This is perhaps a bit of a misnomer, as it conjures images of frolicking through alpine meadows or casual strolls through sun-kissed hay or alfalfa fields. While these activities do happen on occasion, the more common “field” in question is often a dense stand of black spruce strewn with larger-than-life deadfall jenga, overgrown thickets of alder mixed with devil’s club (a particularly unpleasant combination), or never-ending ups and downs on steep slopes laced with snakes-and-ladders. Alternately, the “field” is occasionally a marsh, bog or swamp infested with more black flies, mosquitos, horseflies (stouts) and no-see-ems that you could swat if that was your full-time job. Actually, if you’re defining employment by time spent per activity, I should be considered a professional fly-swatter.

Deep in the heart of Labrador, probably snagged on something.

One of the major upsides to my job is the sheer amount of terrain I cover. I get to travel a lot and have seen more of my beautiful province than most people ever have a chance to. I get to commute via helicopters, ATV’s and trucks (feel free to ridicule my carbon footprint but I might not listen because helicopters are AWESOME. And loud.) I get to wander around in the previously described “fields” and look for critters big and small. I get to explore new areas, fish new rivers and climb new peaks, and perhaps most importantly, I get to meet lots of new people. I recently returned from my second shift of fieldwork out in Labrador and was pleased to spend another two weeks getting to better know the people and places of Happy Valley / Goose Bay.

The start of the mighty Kenamu 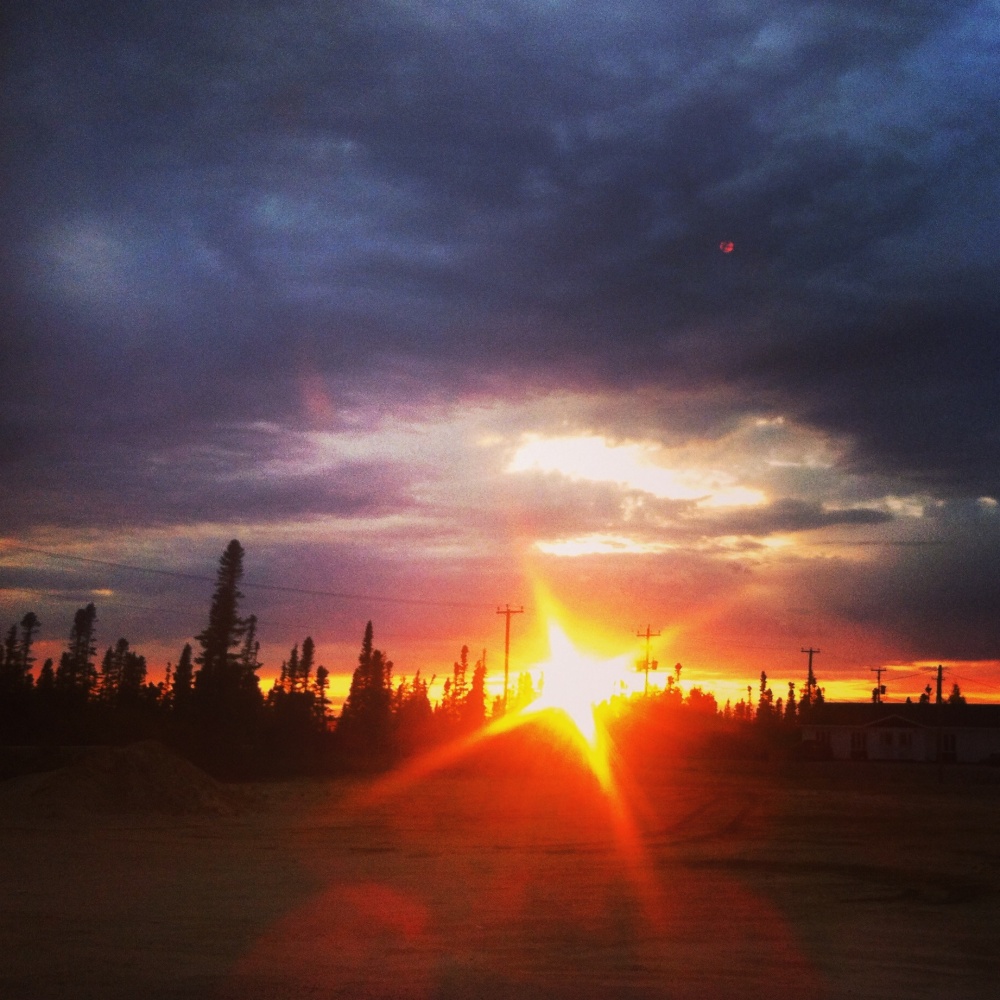 Late night sunsets over the boreal

Labrador is an incredible place with a beautifully pristine landscape and friendly, welcoming people. The Churchill River cuts a deep valley through a basically untouched swath of boreal forest, and is surrounded by a frighteningly complex network of brooks (creeks), ponds (lakes) and wetlands. Navigation before the Trans-Labrador Highway must have been a nightmare, as the rivers seem to flow in random directions and the lakes peter out into vast expanses of marshland and fens (a type of wetland). Also, the role of insects cannot be overstated, as people and wildlife alike can be driven to the brink of madness due to the buzzing sounds alone. 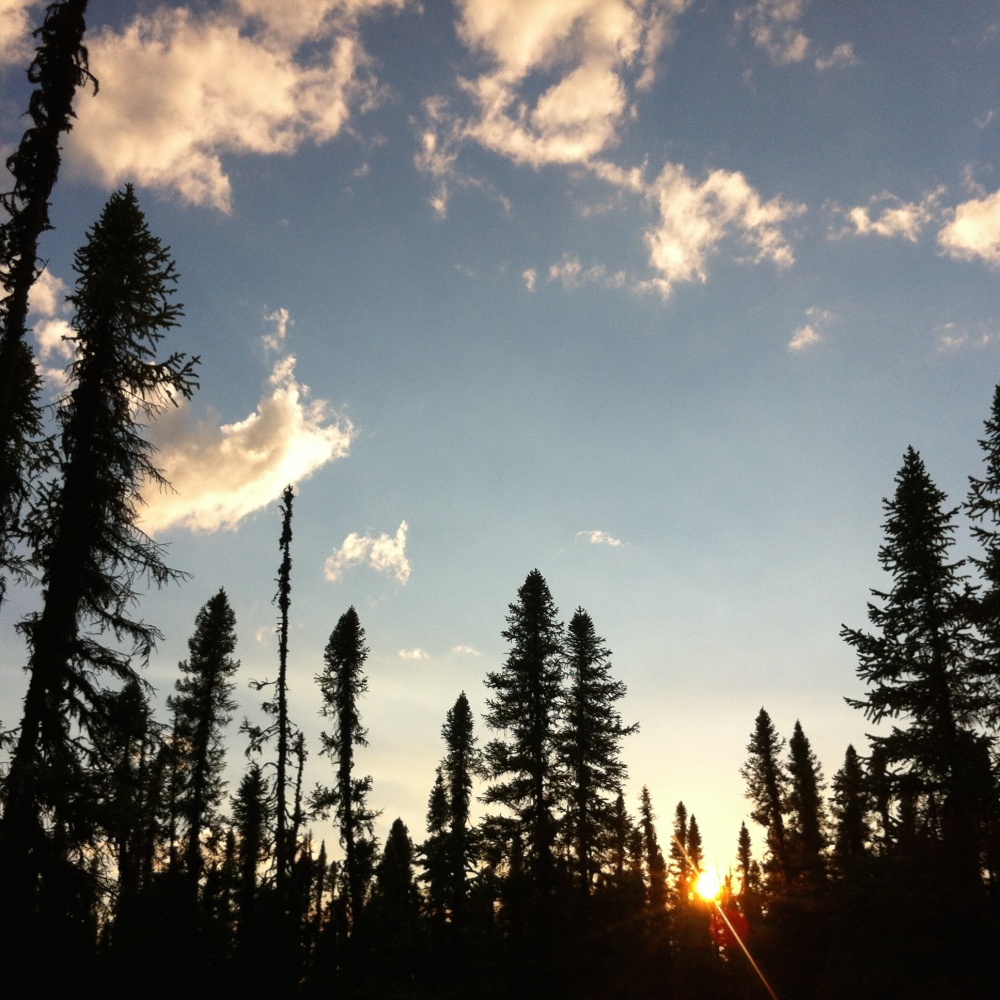 While the landscape is inspiring, the real beauty of Labrador is observed in its people; the community is much more welcoming than the landscape and within a day of arriving I was on a first name basis with everyone, even if that name was “buddy” (the Newfoundland and Labrador default). People were more than willing to share beta on fishing spots, and I was directed to some of the most beautiful river reaches I’ve ever seen. Sadly, I didn’t have much fish luck but Brook Trout are notoriously fickle and I needed to put in a lot more time than I had.

Fishing for Brookies under the rainbow

Winter in Labrador is long and hard, as evidenced by the breakup of ice off most lakes in late May this year… a full two weeks after I had my first garden salad in Vancouver. It always seems that the harsher the conditions, the stronger the community has to become just to persevere. Labrador is a remote and undisturbed wilderness with hundreds of kilometers between habitations, but the people have adapted and thrived by forming tight-knit communities that are still more than welcome newcomers and the stories they bring. Cheers to the good times, and to the next time! 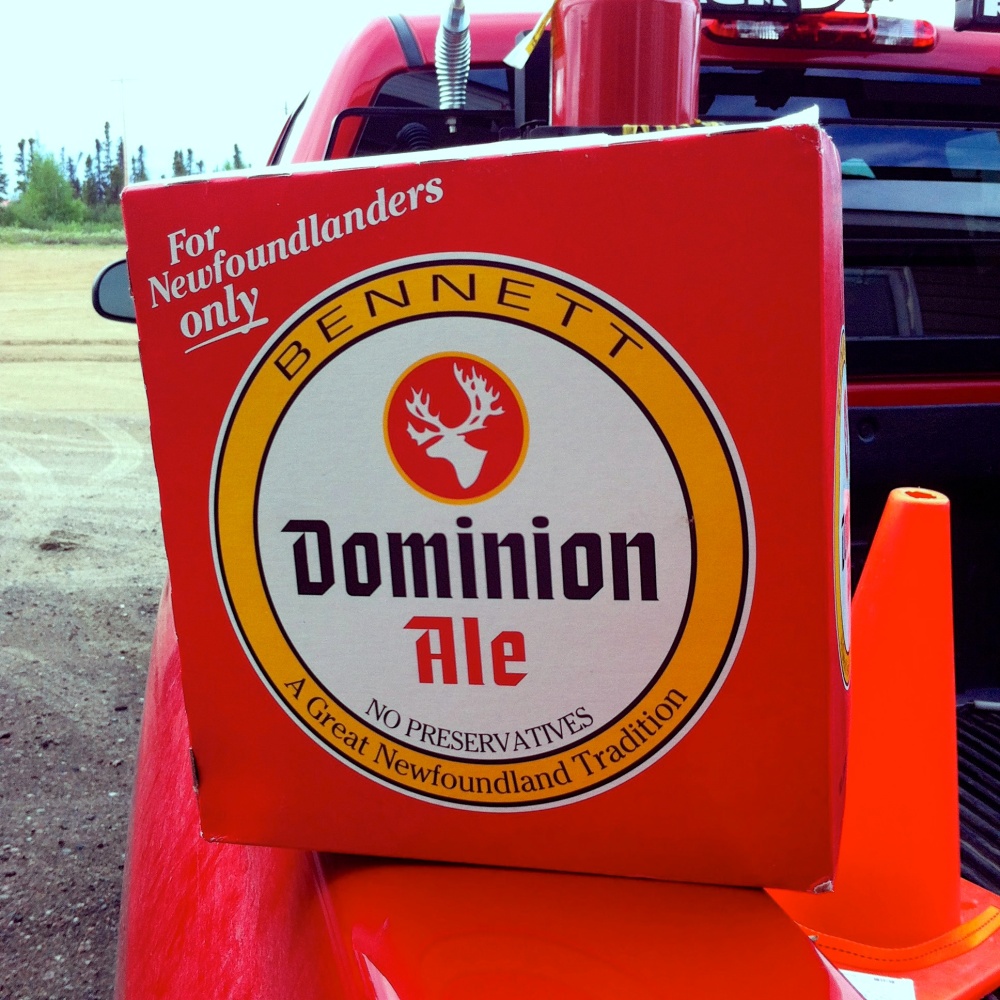 Thanks again to everyone out on the East side for making me feel at home, Granted for keeping me warm and Coopers’ Minipi Lodge Outfitters for getting my fishing gear sorted.