Depending on who you talk to this year has either been Snowmageddon, Snowpocalypse or just a really, really cold and wet winter, and each phrase is spoken with either boundless enthusiasm or savage disdain. For the snow ponies, low freezing levels and consecutive big dumps of precipitation mean that access had been phenomenal and very little time is spent shredding skis, smashing into rocks and getting stuck (aka – the tomfuckery).

This one day in particular was shaping up to be “all-time” and not even a snow pony with a broken leg could stop us from getting after it. After some trail side gear management and the finagling of ropes, we were back on track with the author in tow. In classic coastal temperament, we scored a deep day with a hearty mix of snow, wind, sun and clouds all coming out to play. The primo conditions elicited the arrival of a strong crew, but even with the efforts of some random snowboarders and the resident pro team, we barely managed to make a dent in the bountiful powder harvest.

Fortunately, the sun stuck around long enough for some serious photo-documentation to occur, and we managed to capture something approximating a fire hose of powder snow to the face. Enjoy.

Hanging on, for just one day.

Pretty pretty tow mission, courtesy of a broken kitty and the wedded saviours.

The long and windy tow road. You can play in the powder, but don’t fall in.

Teatime for the Orange Crusader.

Straightline with a view. 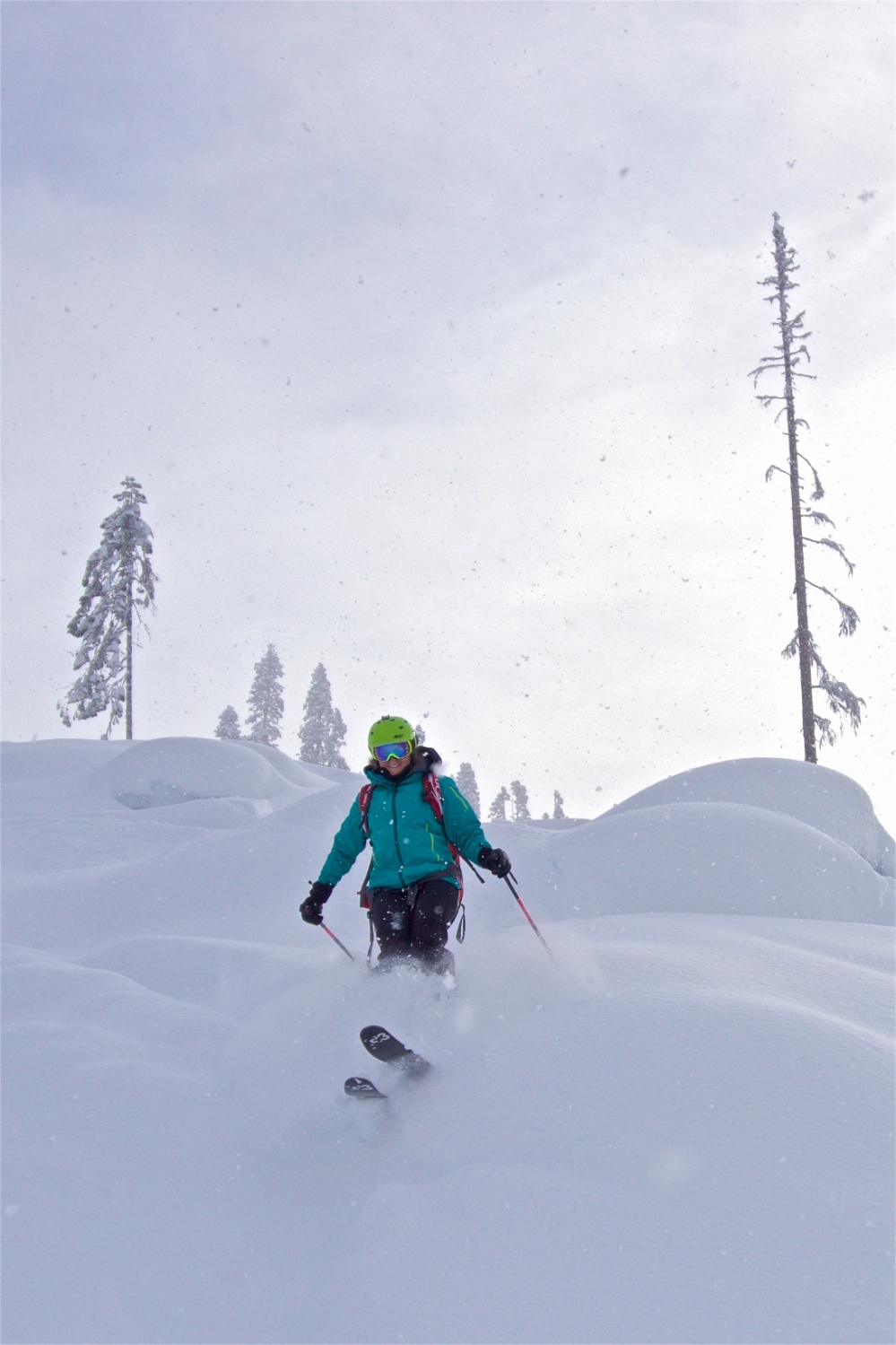 Genuine smiles are not all that hard to come by.

Bindingless in deep snow means sticking to old tracks to gain speed, then veering off course and crashing in spectacular fashion. Or sticking it. But mostly crashing. 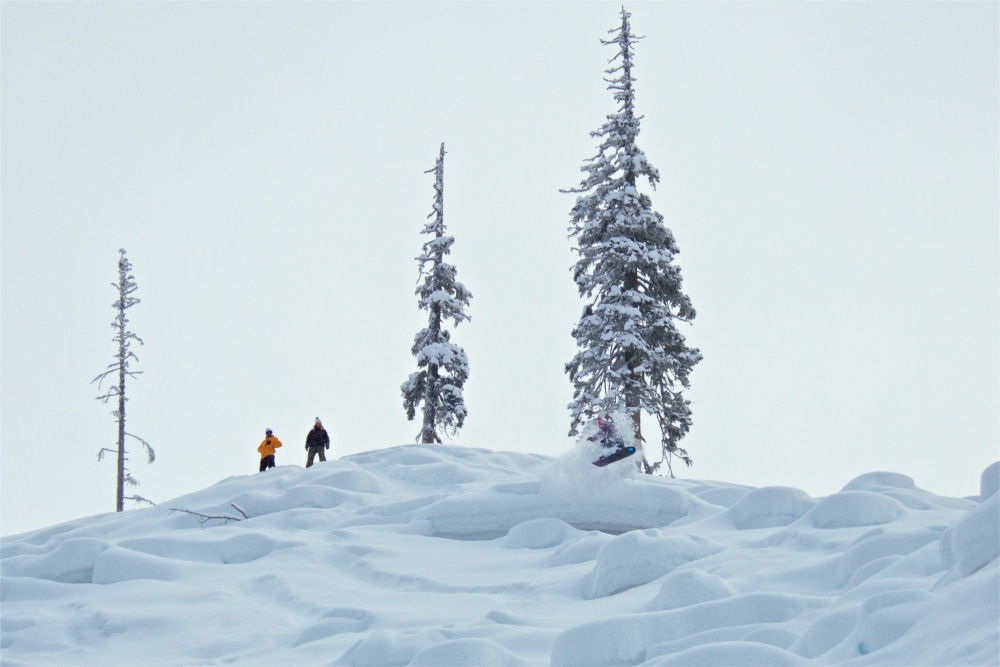 The Orange Crusader getting that hang of it. 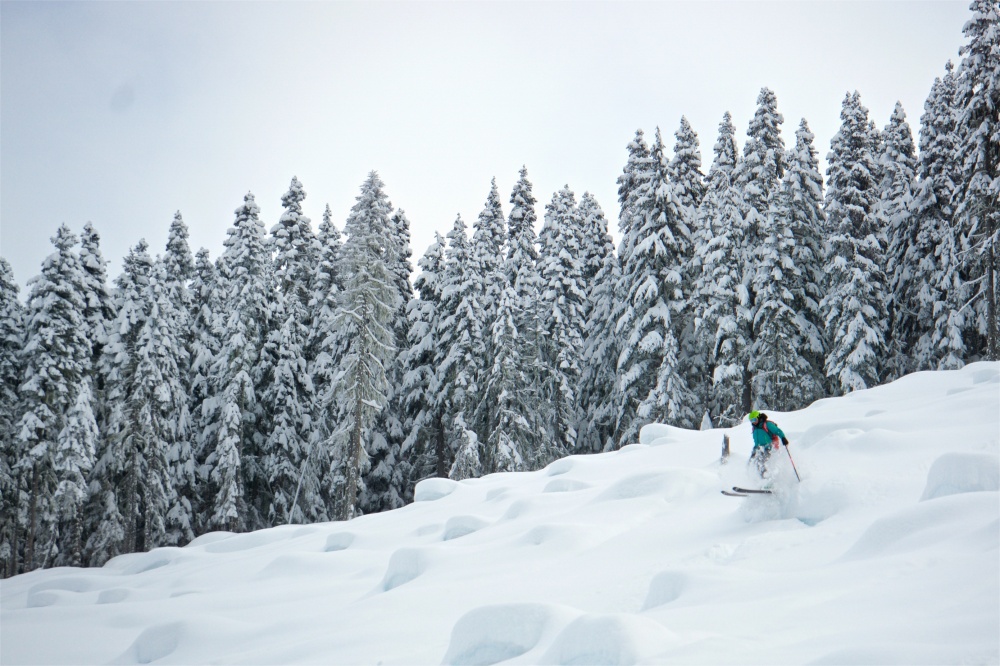 A face full of freedom. 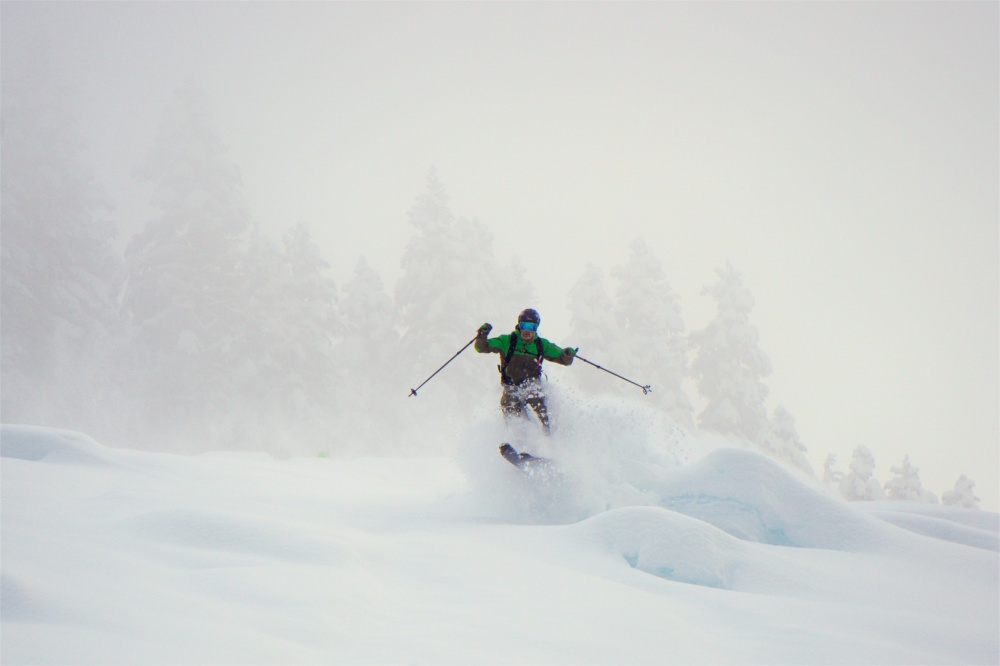 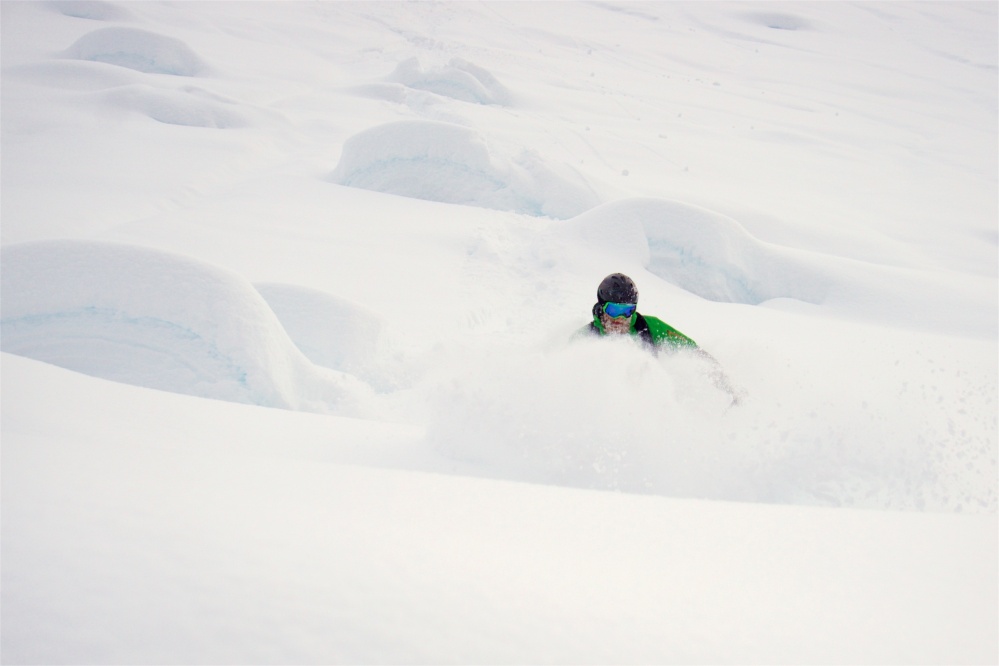 Turning is irrelevant, must ski faster. 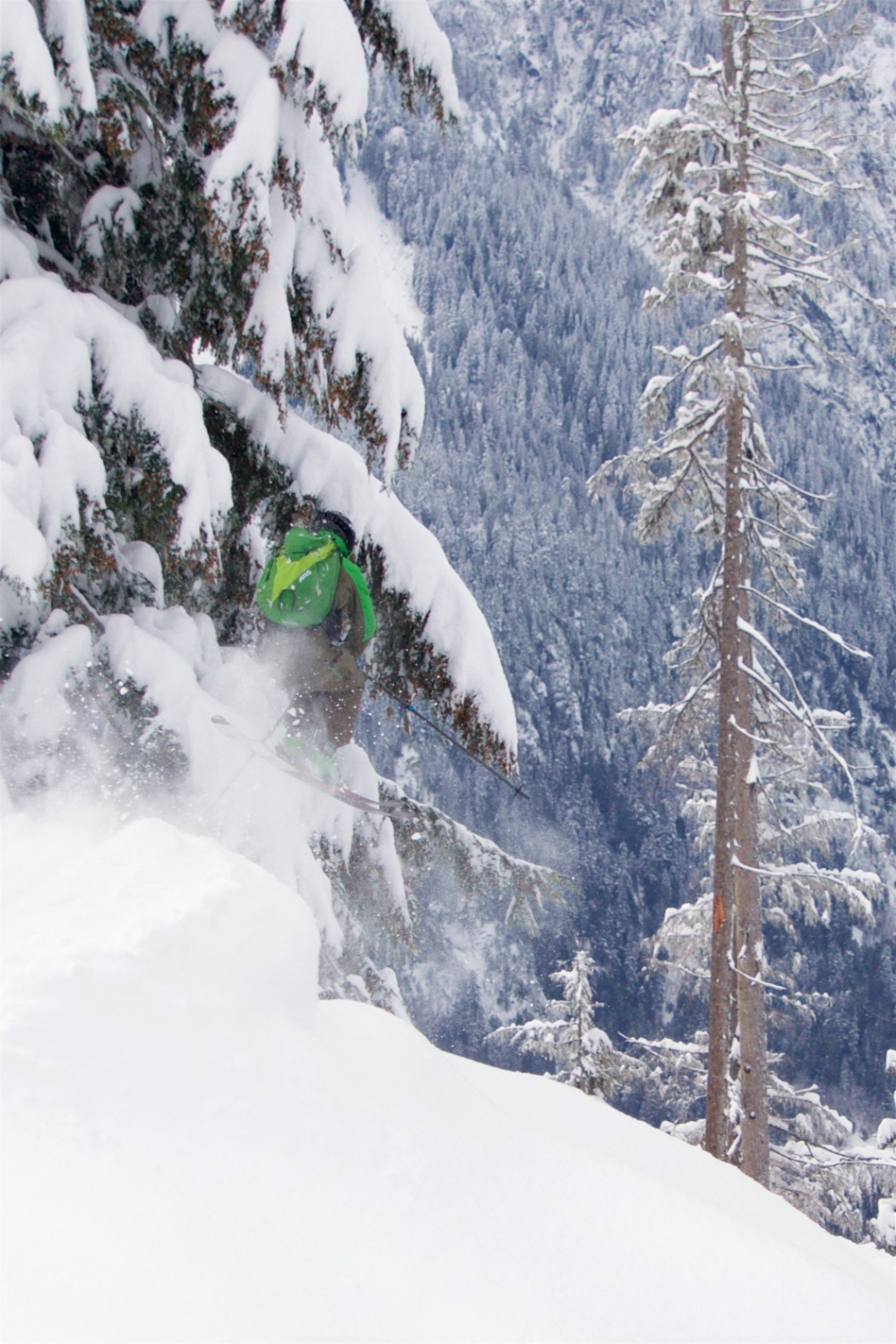 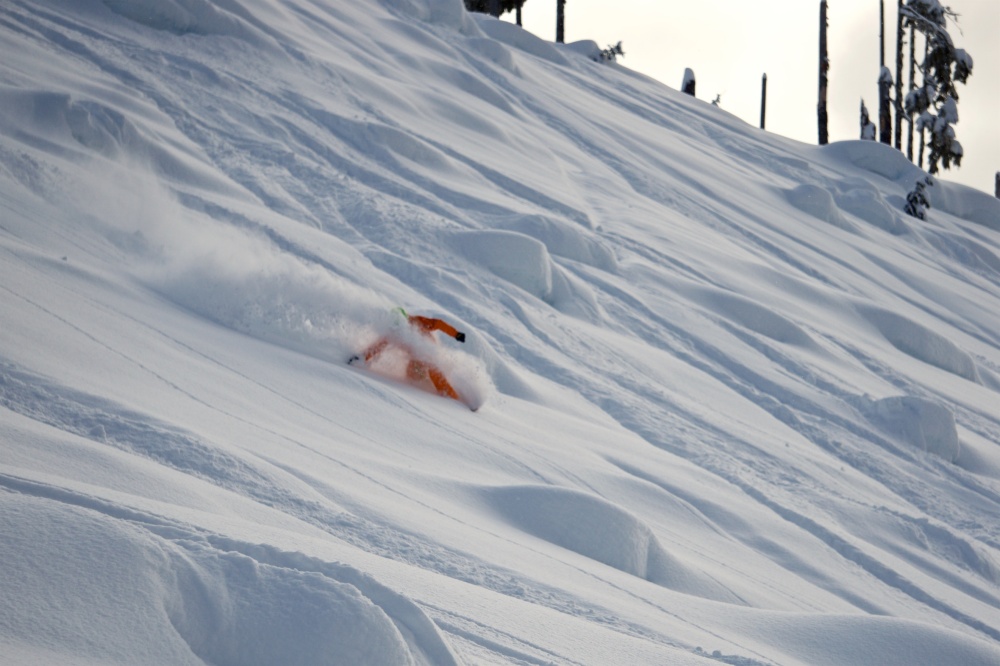 The firehose, in full effect. 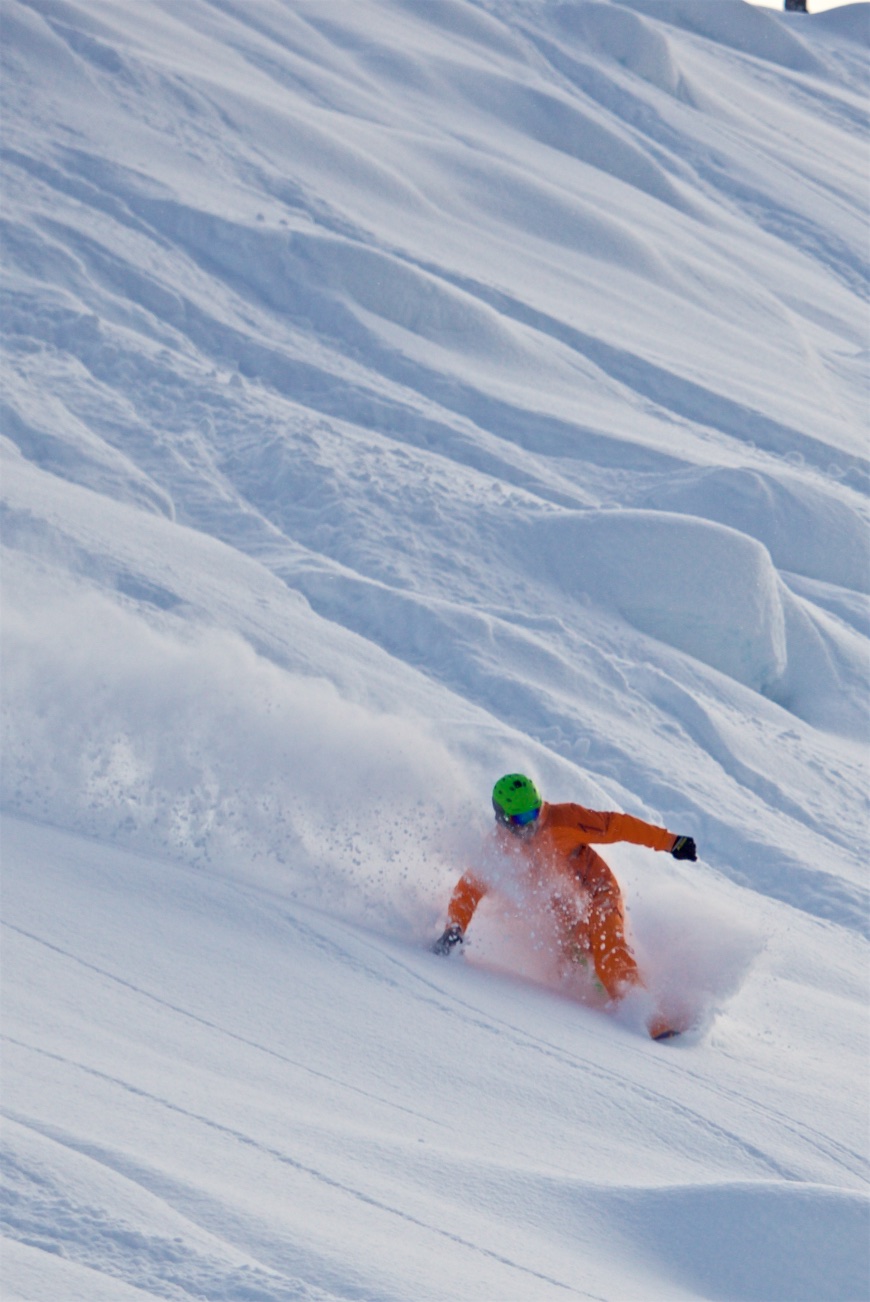 Perfect light, but his suit really is that Orange. 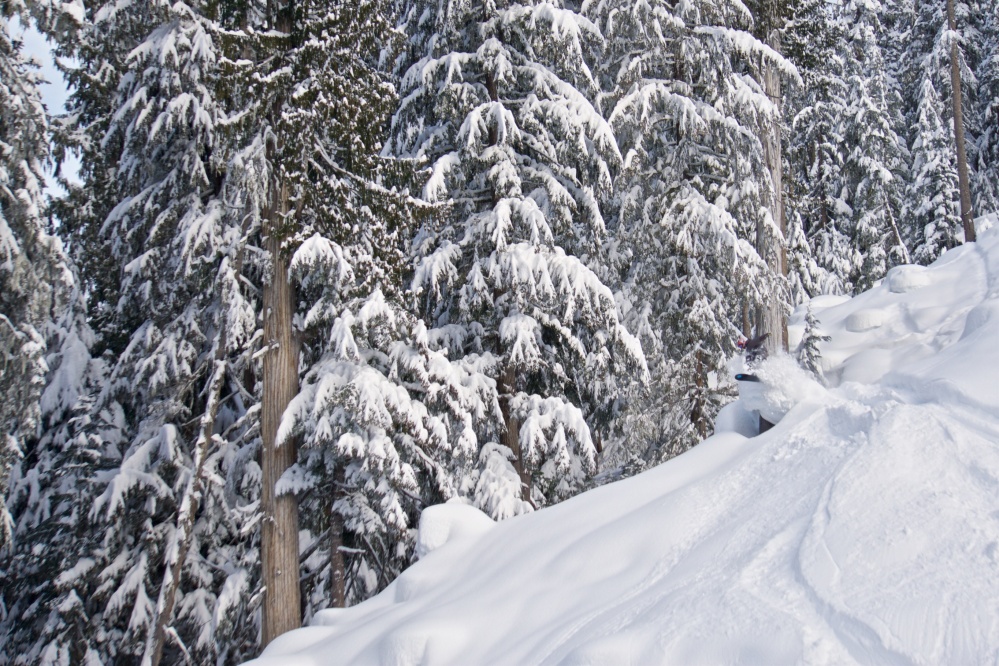 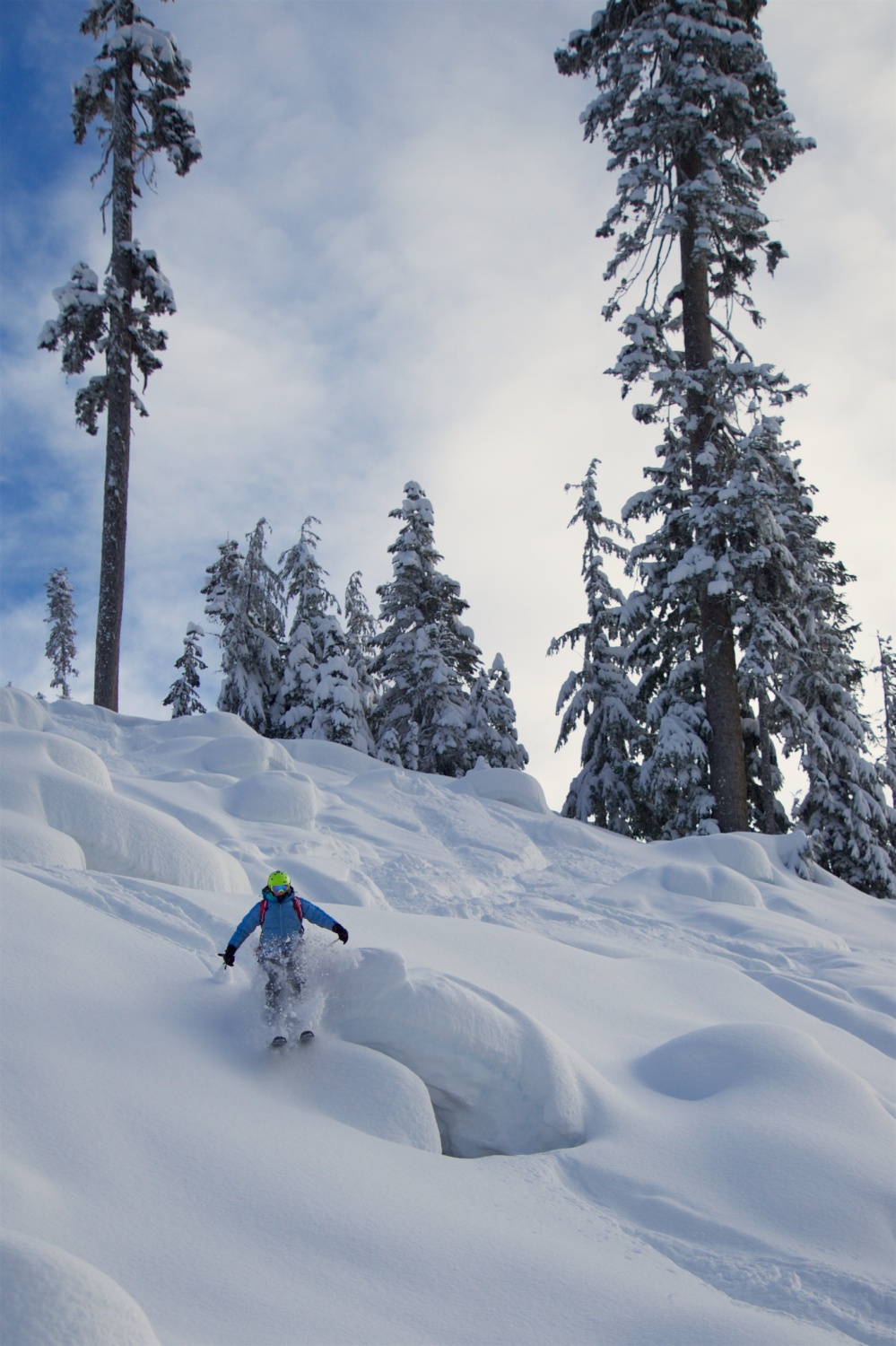 Popping pillows through what was, until recently, an old growth forest. 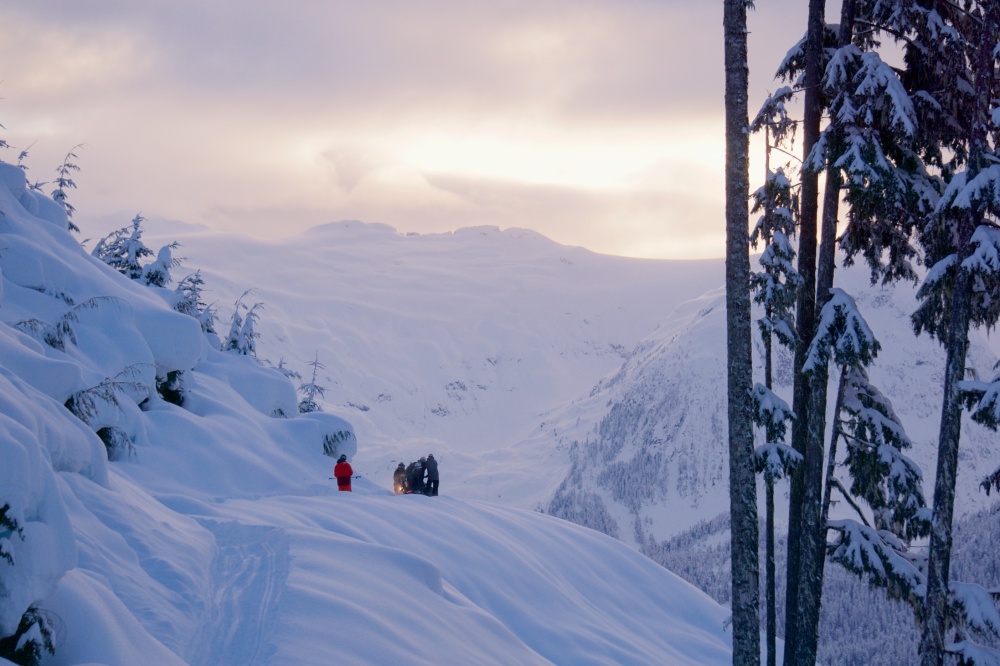 Headed home, or up for another lap. Or both.

The happy couple, in a happy place, doing a happy thing.